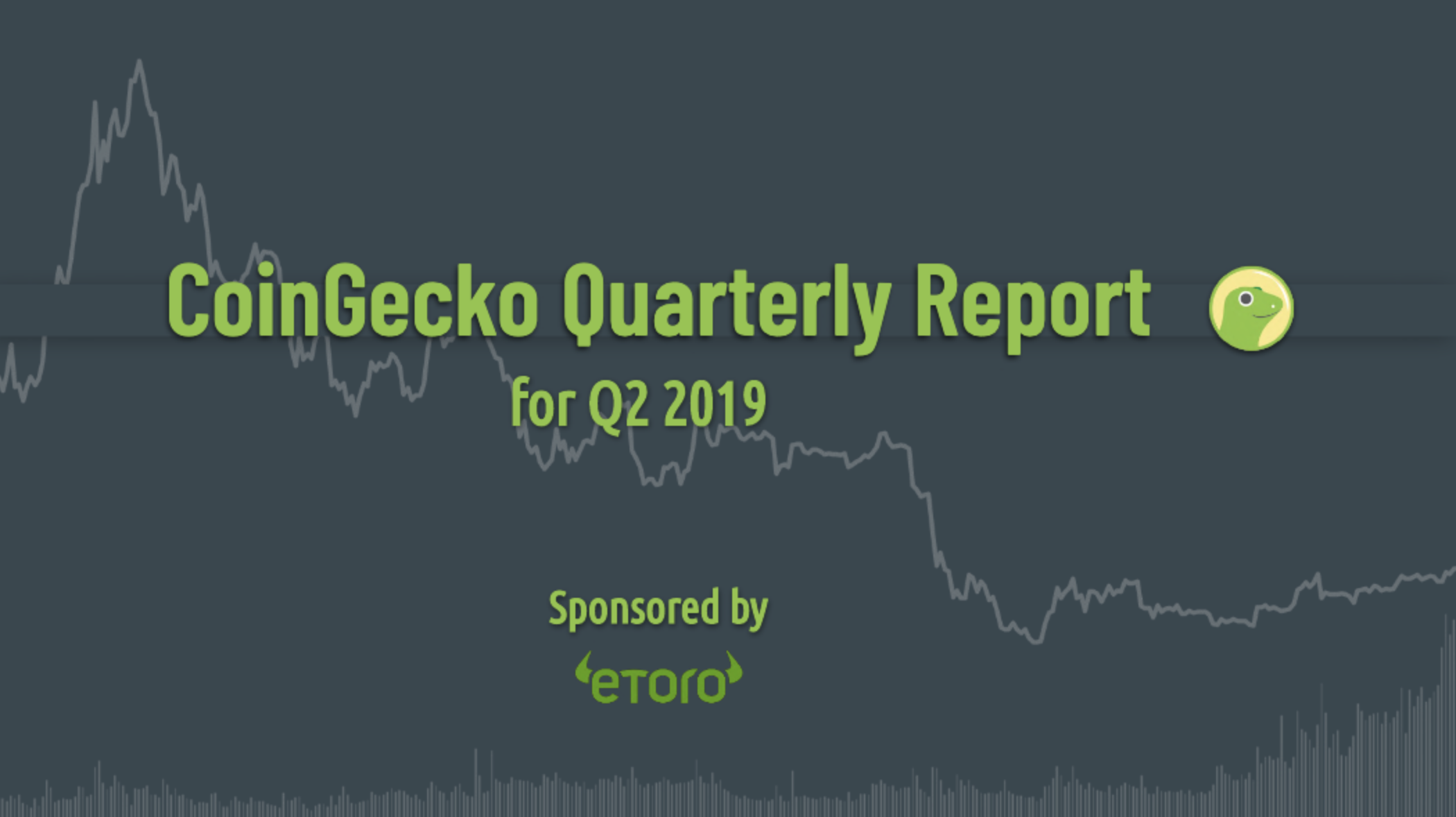 We have just released the CoinGecko 2019 Quarter 2 Cryptocurrency Report. This 46-page report gives an overview of the state of the cryptocurrency market and the major events that happened in the second quarter of 2019.

Shoutout to Dapp.com and RSK for collaborating and contributing to this report. 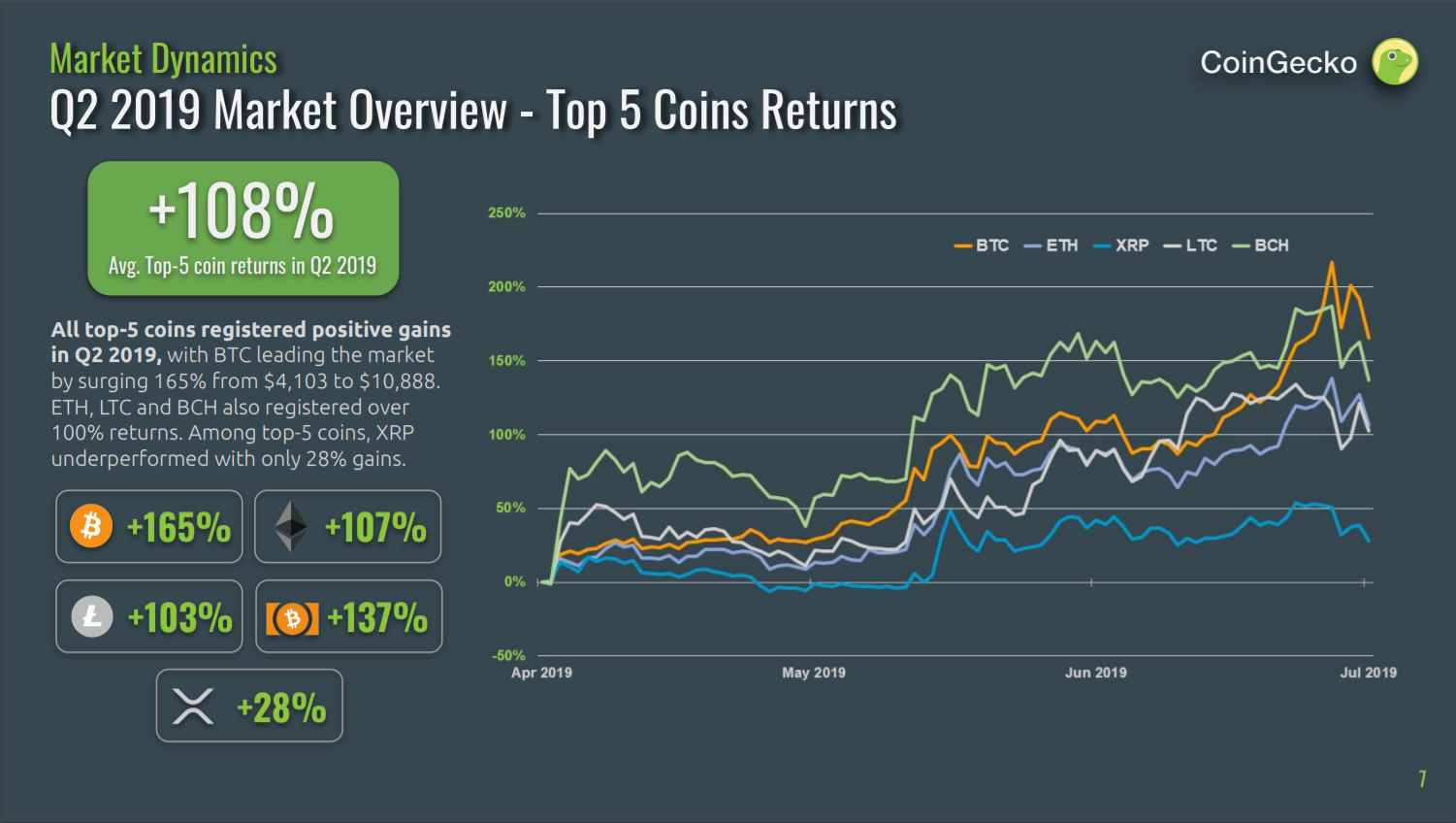 The charts don’t lie, crypto summer has finally arrived! As crypto summer began to thaw out last year’s crypto winter, this quarter saw an astounding 125% increase in crypto market capitalization. Bitcoin led the market with a gain of 165% in value from $4,103 to $10,888. The increase in Bitcoin’s price saw its market dominance increase from 54.6% to 65.0%. 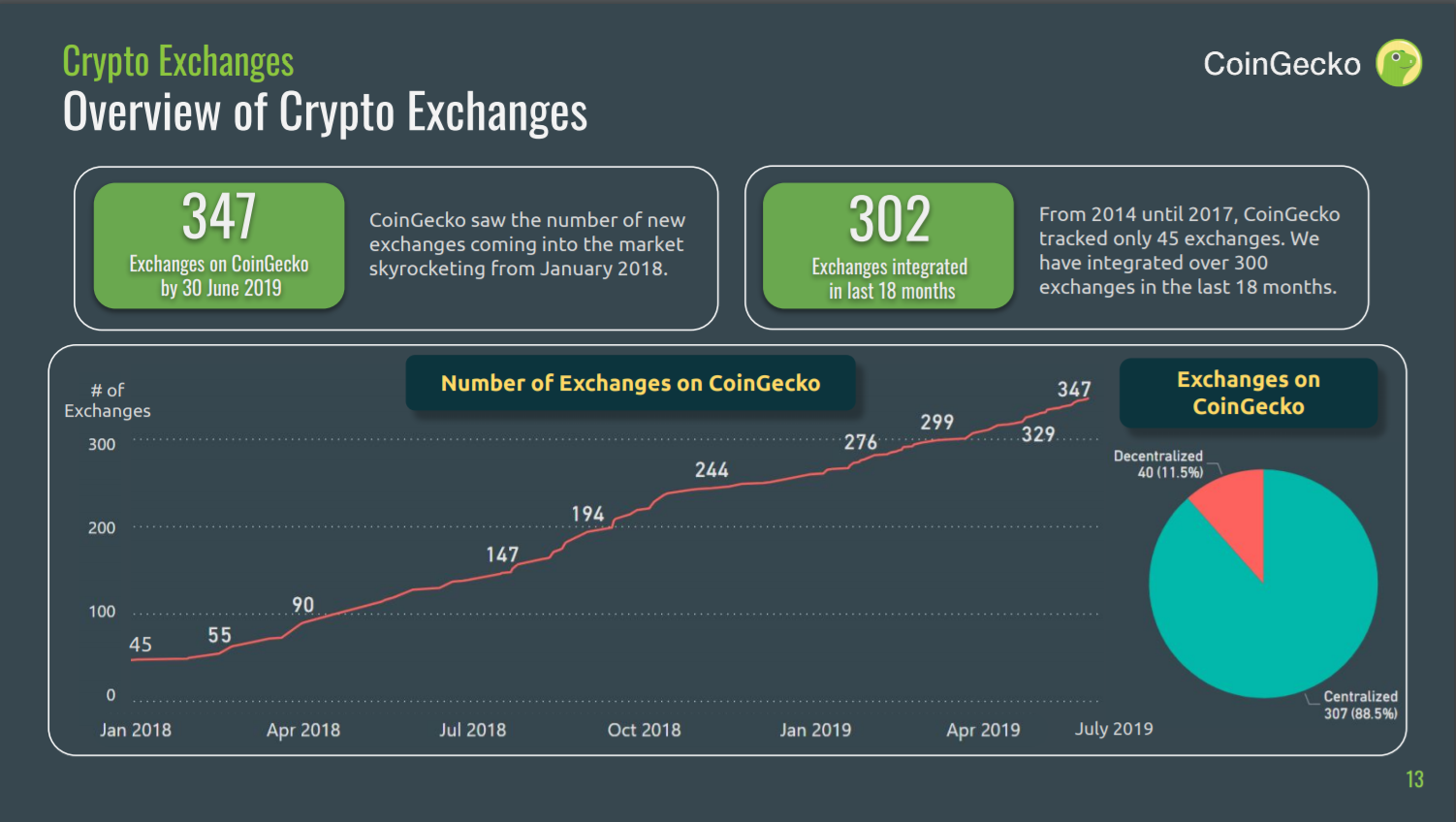 Exchange hacks have also become increasingly sophisticated where even top exchanges such as Binance were not spared with 7,070 Bitcoin worth an equivalent of $40 million was stolen off the platform.

Highlights from the CoinGecko Quarter 2 Report

As always, aside from the quarterly snapshot of market trends and insights, we’ve also included a number of notable highlights this quarter. 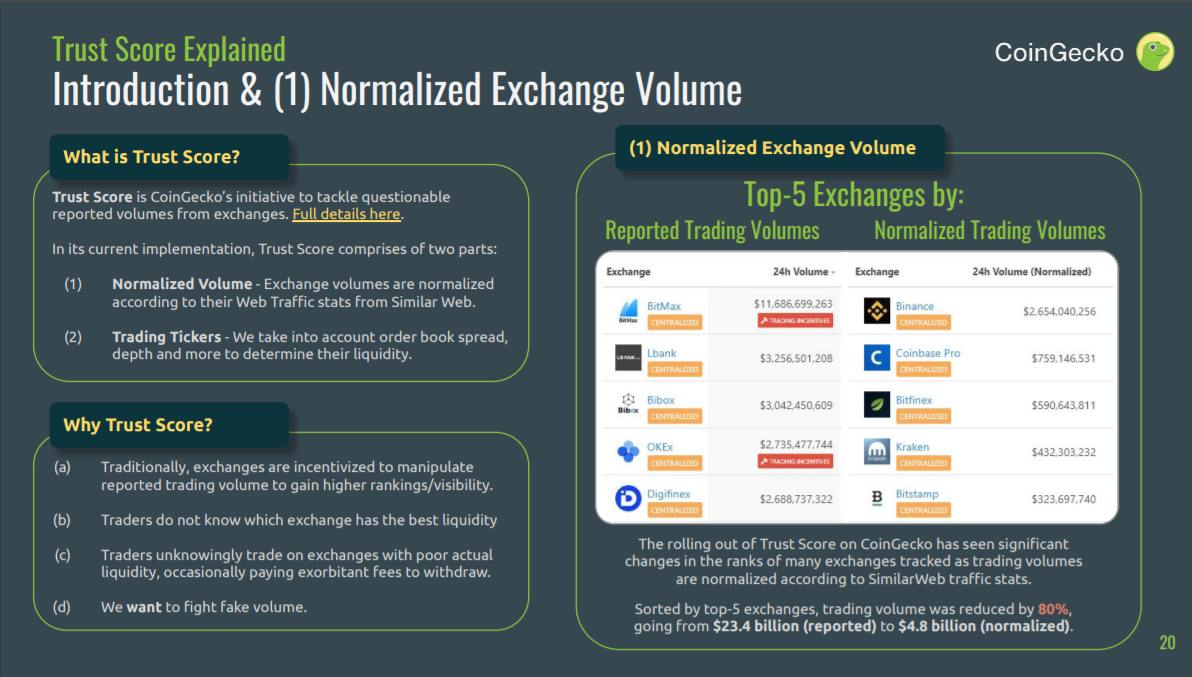 With CoinGecko’s Trust Score, exchanges now have the incentive to be transparent and to empower users to make better-informed decisions. 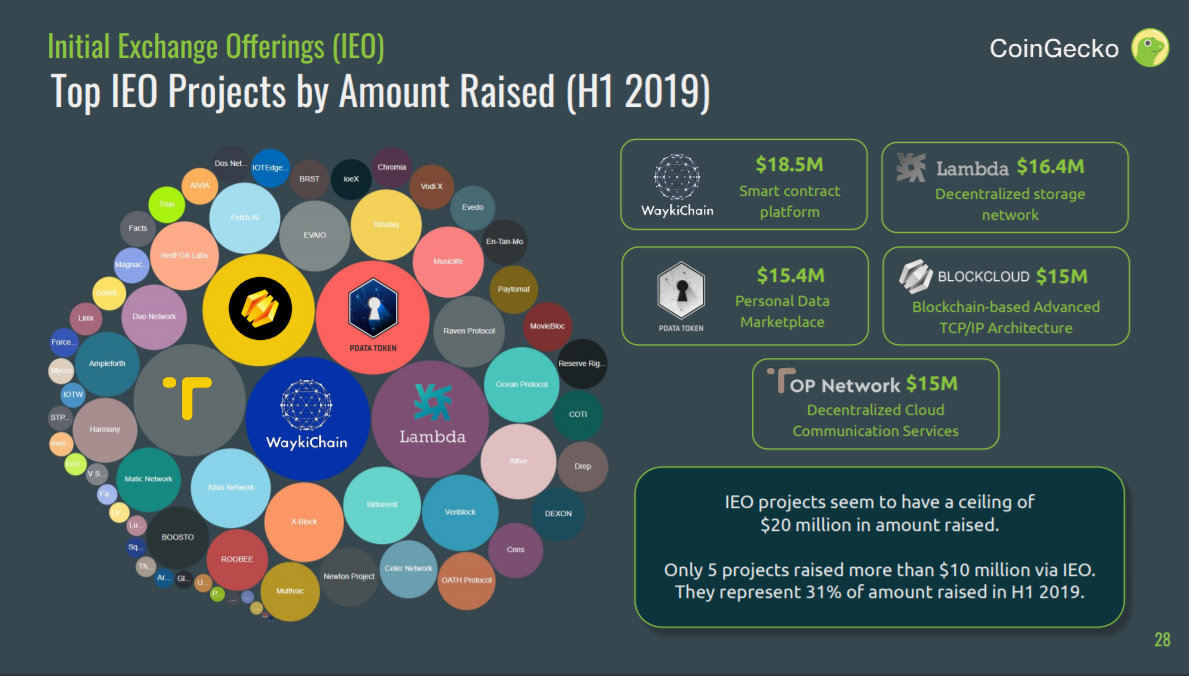 The IEO trend continued to grow throughout Q2, peaking in April with 34 IEOs and $109.9 million raised in a single month. Q2 was by far the most popular period for IEO with 66 out of 72 (91%) IEOs occurring during this period. 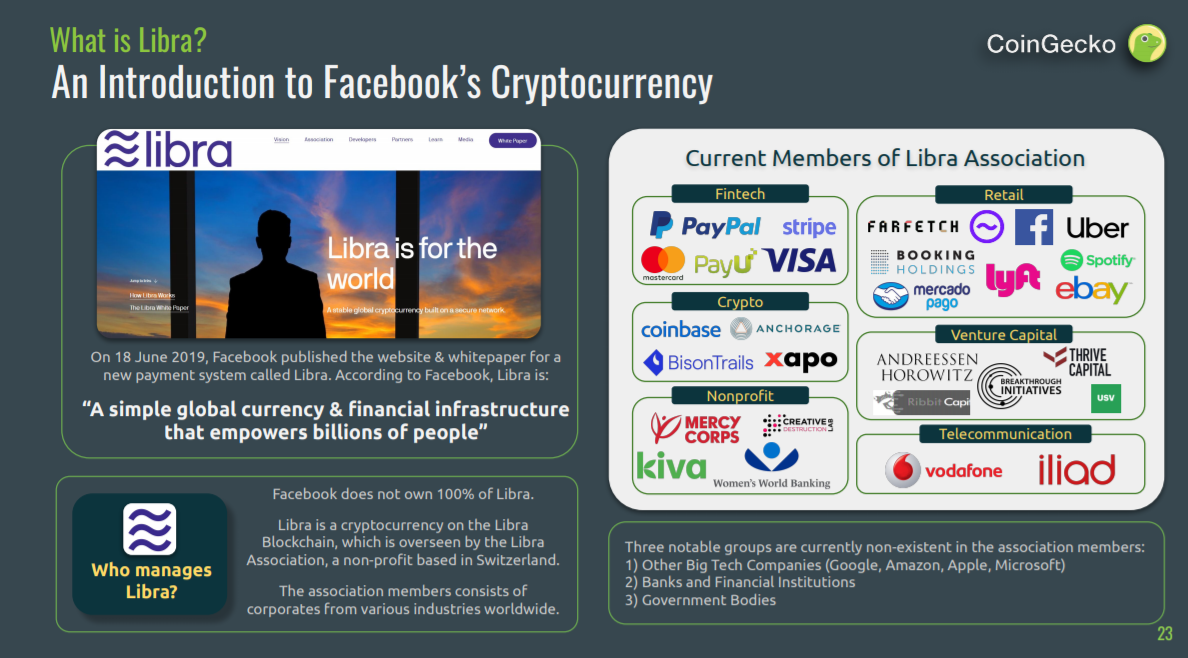 The crypto industry was given mainstream media attention when social media giant Facebook announced Libra, a global blockchain-powered payment system with a vision to “reinvent money and transform the global economy”.

We’ve summarized the content of the Libra whitepaper for your reading pleasure so that you can have a clearer understanding of what Libra is about. 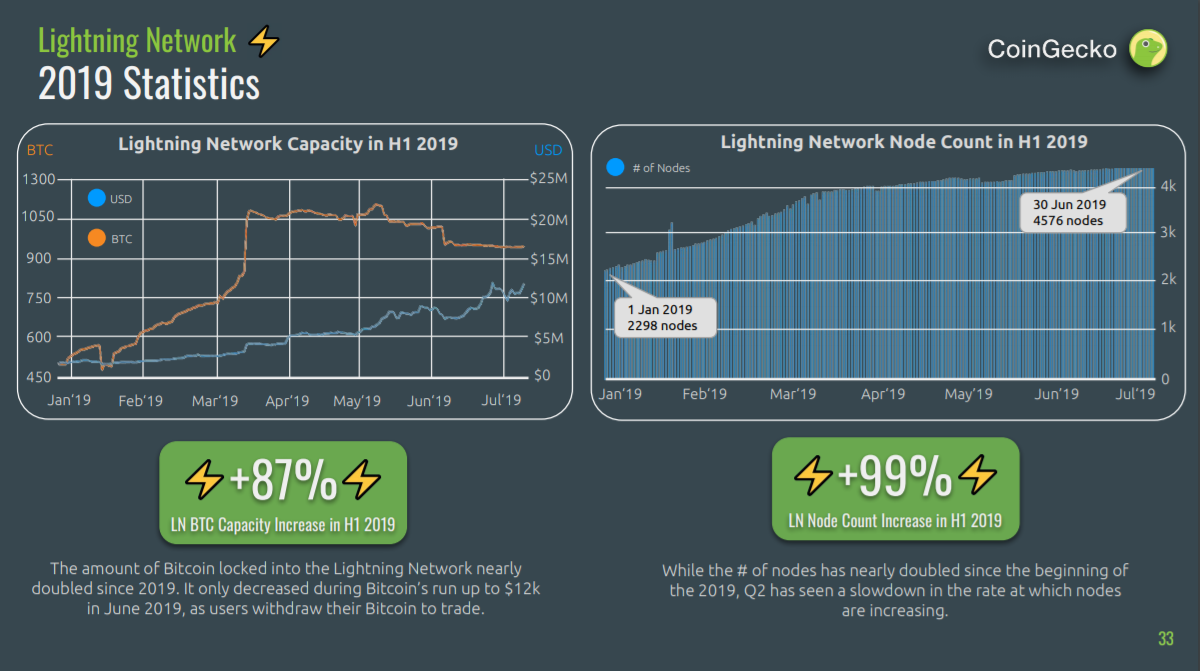 The Lightning Network’s overall network capacity saw an 87% increase to over 1,100 BTC and its node count doubled to 4,576 by the end of Q2 2019. 2019 also brought about major updates and releases of different Lightning Network apps.

We welcome everyone to read and share this report. The full report can be downloaded via this link.

For questions and comments, do send us feedback at support.coingecko.com. We would love to hear from you.